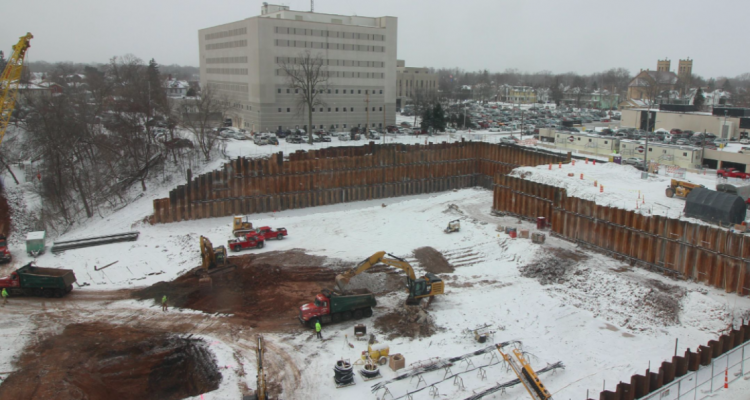 The construction crew continued mass excavation of Tier 3 soils this week, focusing on the north and south ends of the jobsite to allow tieback anchors to be installed.

Tier 3 tieback installations continued along Lawrence Street, and preparations for auguring were made on the south side of the site along Eighth Street. Crews also began installing several test piles. A robotic total station was brought in to accurately lay out desired points and mark where corners of footings and pile caps will be placed. Site conditions remained neutral, and no injuries occurred this week.