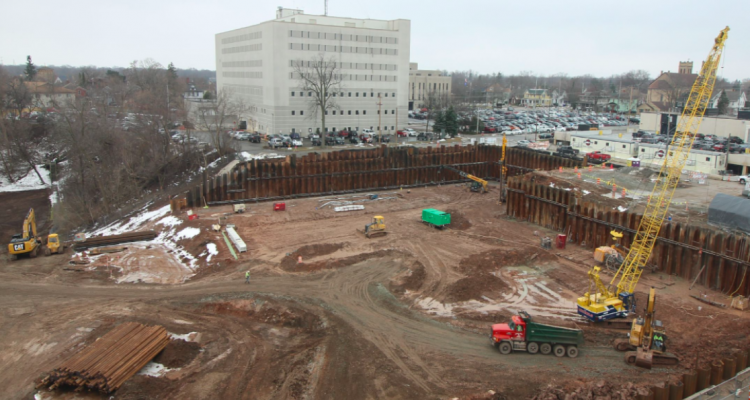 The construction crew began excavation of Tier 3 this week, which will continue in the coming week. Crews worked hand-in-hand to remove soils and auger tieback anchor holes.

Work also continued on removing old school footings that were left in the soils. The remaining Tier 2 tiebacks and re-grouts were completed, and work on Tier 3 began later in the week. Despite a snowstorm mid-week, there was no impact to the schedule due to the weather.